Thanks for checking out the Ice Dogs! We are confident you will find a program that fits your player’s and your family’s needs!

Ice Dogs will offer range of spring hockey options for competition, skills-building and fun this season.

This mini-league of Piedmont, Potomac and Ice Dog teams has one practice per week (day and time TBD) at Tucker Road Arena and one game on Sundays (at Tucker Road, the St James, or Prince William Ice Arena).

Ice Dogs Girls Spring Skills, Birth Years 2004-2014. Girls only skills clinics and scrimmages. One practice per week at Tucker Road and weekend scrimmages/games. Brush up on your skills before tryouts!

The 8U program is for players with birth years 2013 through 2015. Games are played “cross ice,” which is better for young players, and the focus is on skill development, teamwork and having fun.

The Ice Dogs register one 8U travel team in the CBHL, after tryouts in the summer. All other 8U teams play in the club’s house program, against other Ice Dog teams and area clubs.

8U players can expect 6 practices and 2 games each month, plus jamborees and tournaments. Games and jamborees are held at rinks throughout Northern Virginia, DC and Maryland. 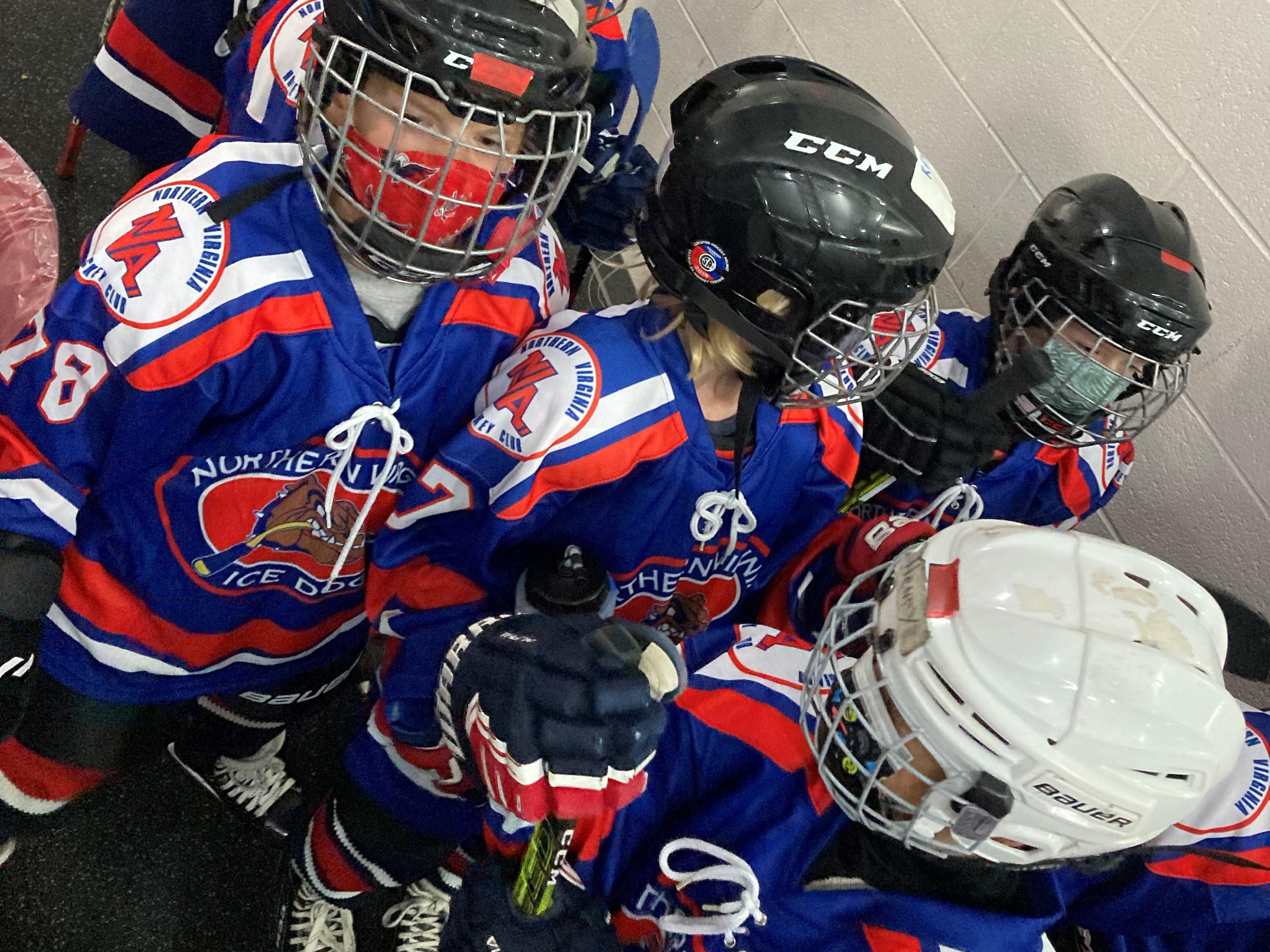 NoVA Ice Dogs 8U Travel team gearing up for the game! 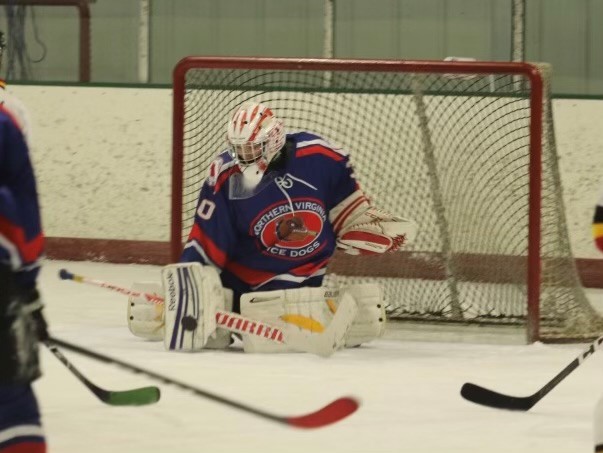 CCHL NoVA Ice Dogs 14U makes the save 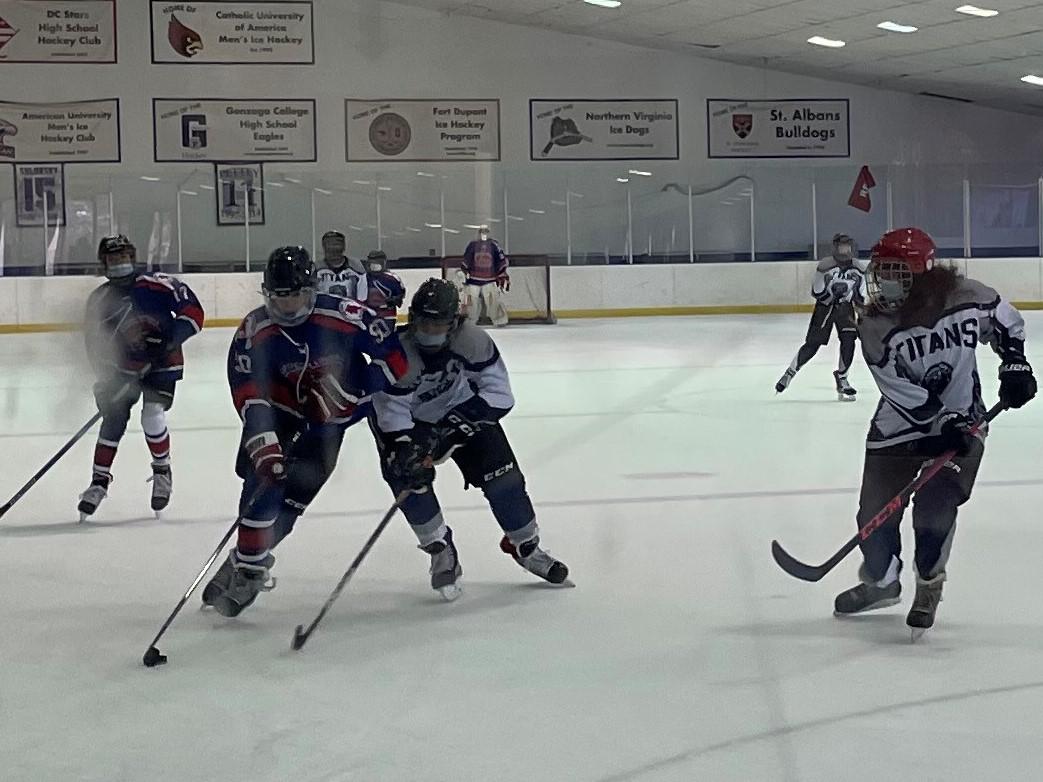 CCHL NoVA Ice Dogs 14U on the attack

Teams are open to players of all levels who have basic hockey skills. Registration opens in June for the September-February season.

CCHL players can expect one practice and one game per weekend, with a final tournament in March. Games are played at rinks throughout Northern Virginia, DC and Maryland; the tournament is in Frederick, MD.

Travel hockey is for more experienced players.  Tryouts are held each spring for placement on teams. The season runs from August-March.

CBHL players can expect 2-3 weekly practices and approximately 2 games on weekends, as well as 3-4 tournaments throughout the season. Games are played at rinks throughout Northern Virginia, DC and Maryland; tournaments may be farther away. CBHL teams are co-ed. 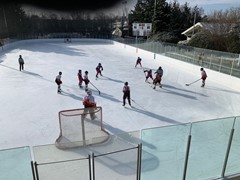 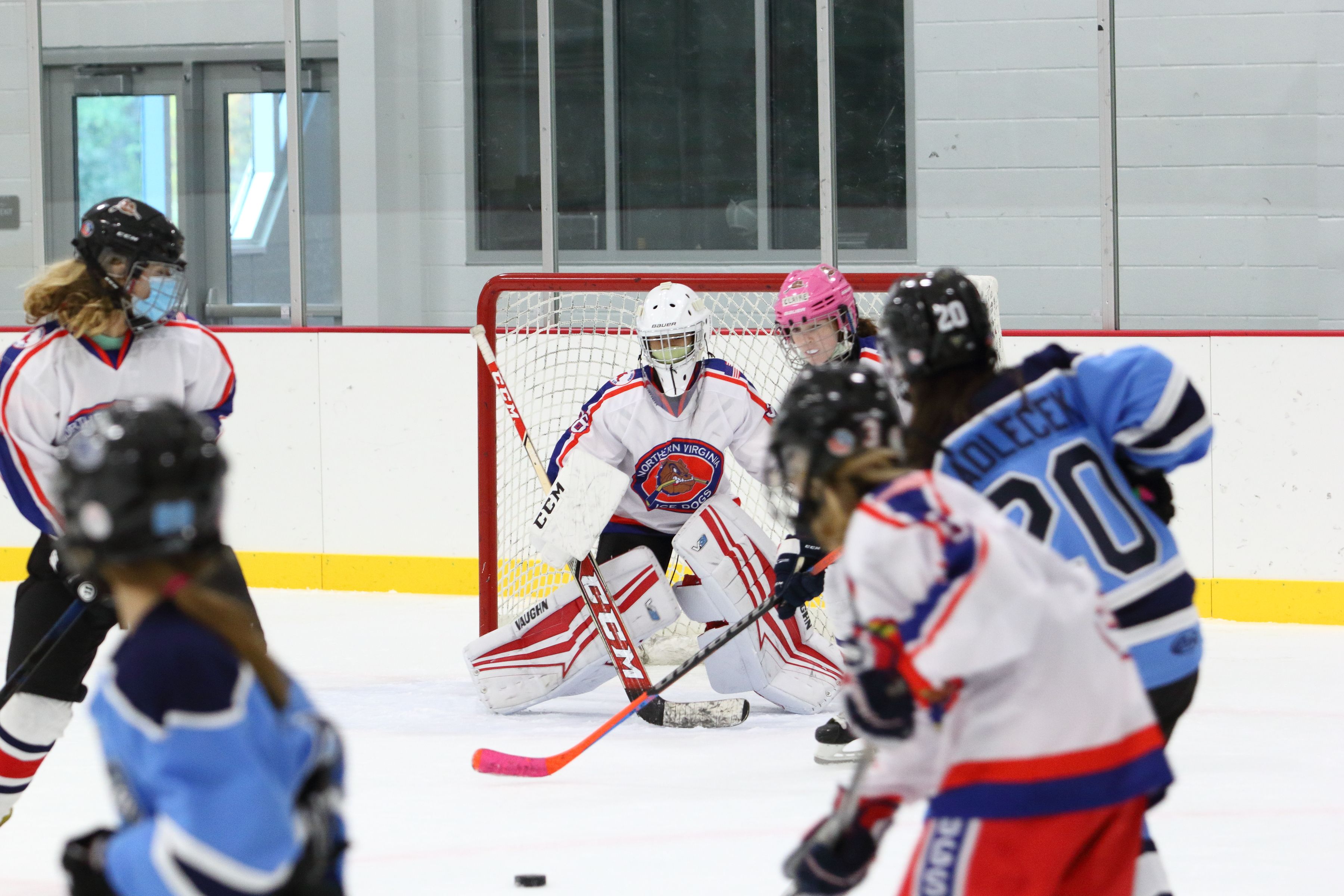 12U Girls protecting the goal 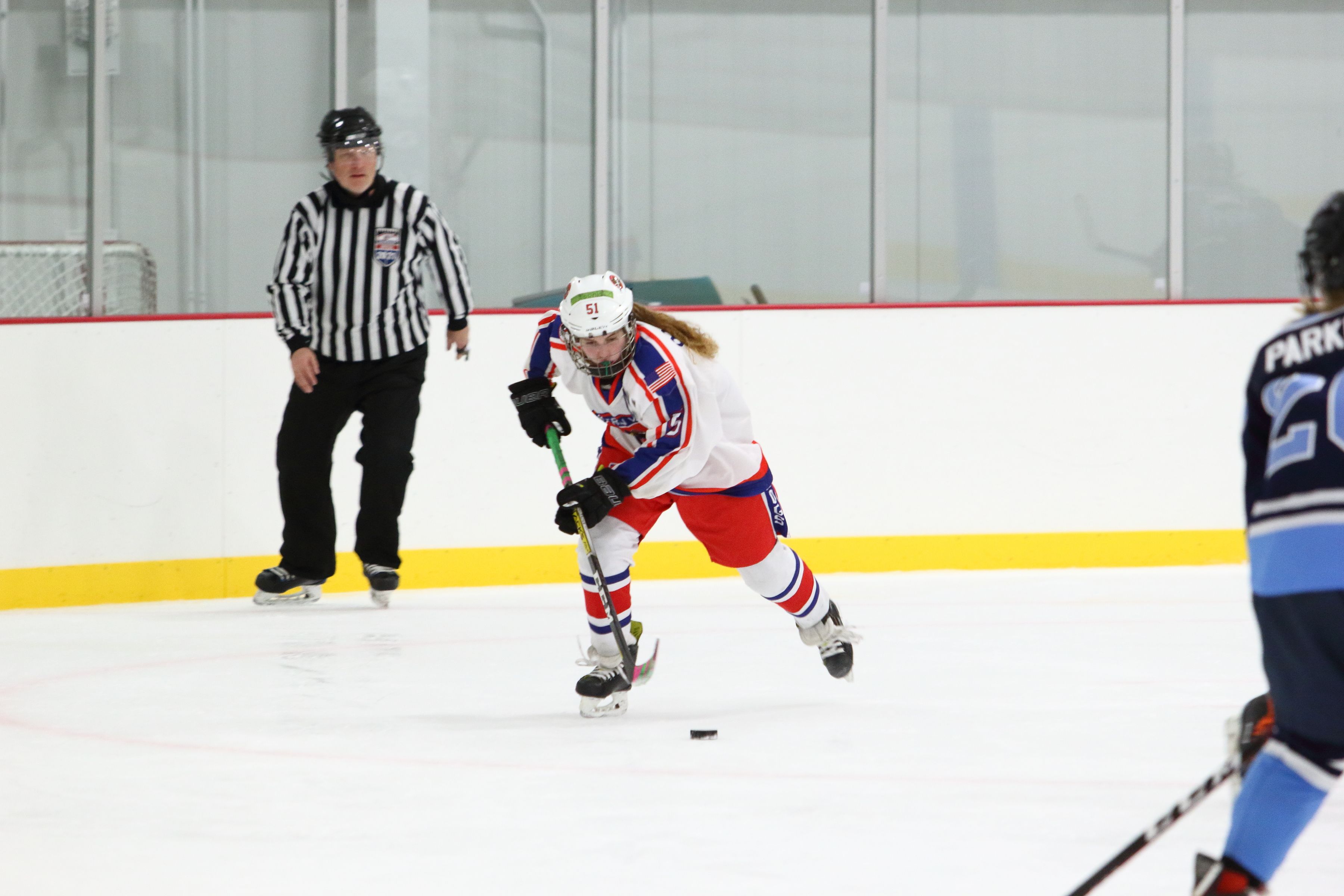 14U Girls controlling the puck

NoVA Ice Dogs Girls Teams have several options for leagues and level of play. This season we have teams playing in the Chesapeake Bay Hockey League (CBHL), a Tier II hockey league, and playing independent schedules.

Tryouts are held each spring for placement on teams. The season runs from August to March. The level of play for each team is determined after tryouts and that determines league, schedule, and national-bound declarations.

Girls Teams can expect 2-3 weekly practices and approximately 2 games on weekends, as well as 3-4 tournaments throughout the season. Most games are played at rinks throughout Northern Virginia, DC and Maryland with some teams traveling routinely to Pennsylvania and New Jersey; tournaments may be farther away.

All Ice Dog coaches are volunteers; many are parents of players or former players. Most play or played competitive hockey themselves.

All coaches complete USA Hockey certification for the age level they are coaching. They are also SafeSport certified and provide a background check.